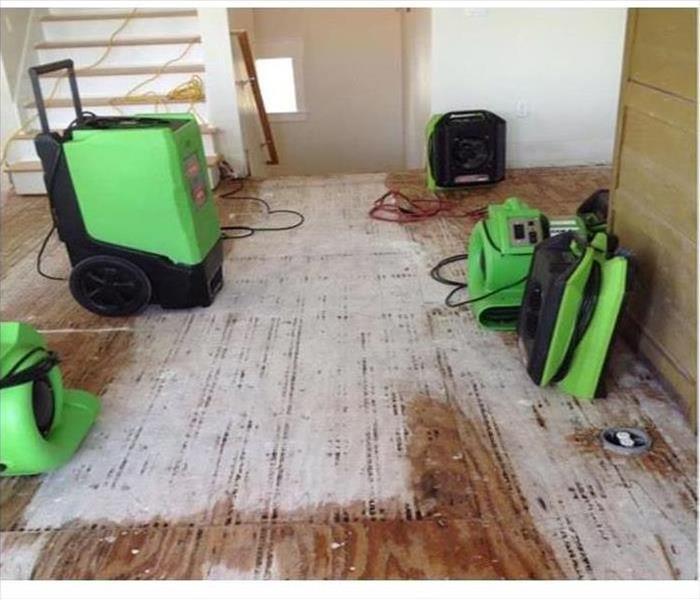 Water damage at this Seal Beach home was caused by a ruptured water supply line in a second-floor bathroom. Pooling water was present on the engineered flooring and stairs. Many treads had lifted up from the water seepage. Some floor planks appeared unsalvageable. SERVPRO of Seal Beach / Los Alamitos / Cypress would assess the damage and create a water damage restoration report for the homeowners. High-tech moisture detection meters would be used to determine if the subflooring had absorbed too much water. If the subflooring were compromised, the engineered flooring would need to be removed in order to dry the subfloor. This would be accomplished with the use of commercial air movers and dehumidifiers. The moisture content would be closely monitored during the drying process, and new flooring would be installed only after the subflooring had been thoroughly dried.

View More Before & After Photos