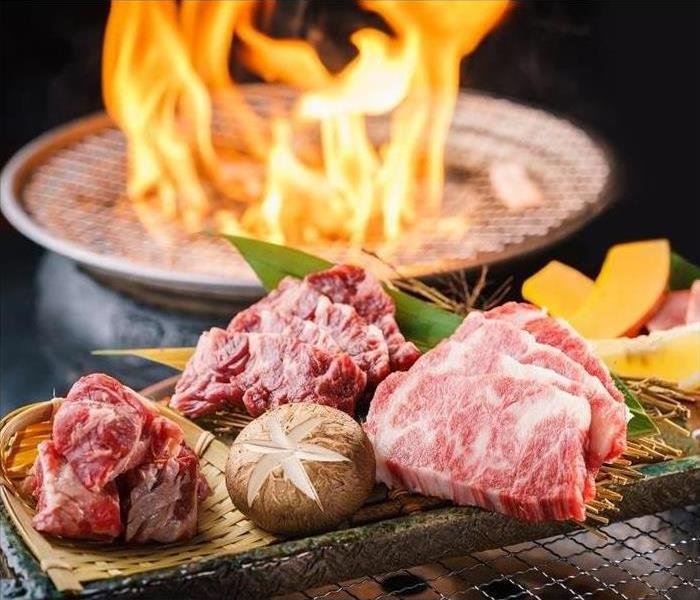 Protein residue leaves behind an amber or yellow stain and usually has a very strong odor that is difficult to get rid of.

SERVPRO Works Hard to Combat all Types of Smoke Residue

A fire breaking out in your restaurant can have a substantial economic impact on your business. Not only does the fire damage your restaurant, but you also stand to lose business during the restoration process.

The amount of time required to restore fire damaged your Surfside restaurant entirely depends on the type of smoke residue generated during the fire. While some type of the residue is relatively easy to clean, others might need more time. Here are the different types of smoke and soot residues that you can expect after a fire incidence to a restaurant.

As it turns out, cleaning dry residue is easier and quicker than cleaning wet residue. SERVPRO technicians can use less aggressive cleaning methods to get rid of the dry residues while harsher methods are needed for wet smoke residue.

Protein residue can make up a significant proportion of a fire in a restaurant. This type of residue, as the name suggests, is generated when protein is burnt in the fire such as poultry, meat or fish. It is usually amber or yellow and can stain surfaces quickly. Another big problem with this kind of residue is that it has an odor which is notoriously difficult to eliminate. If the fire at your restaurant involves such kind of smoke, it might take more time to restore. SERVPRO technicians use a variety of deodorizing methods to combat protein odors after fire damage.

If your establishment is using fuel oil for heat, there is a high chance that there can be fuel oil soot from fire damage. The soot can often mix with the residual oil that has not burnt correctly and can form a thick and oily residue that is quite difficult to eliminate.